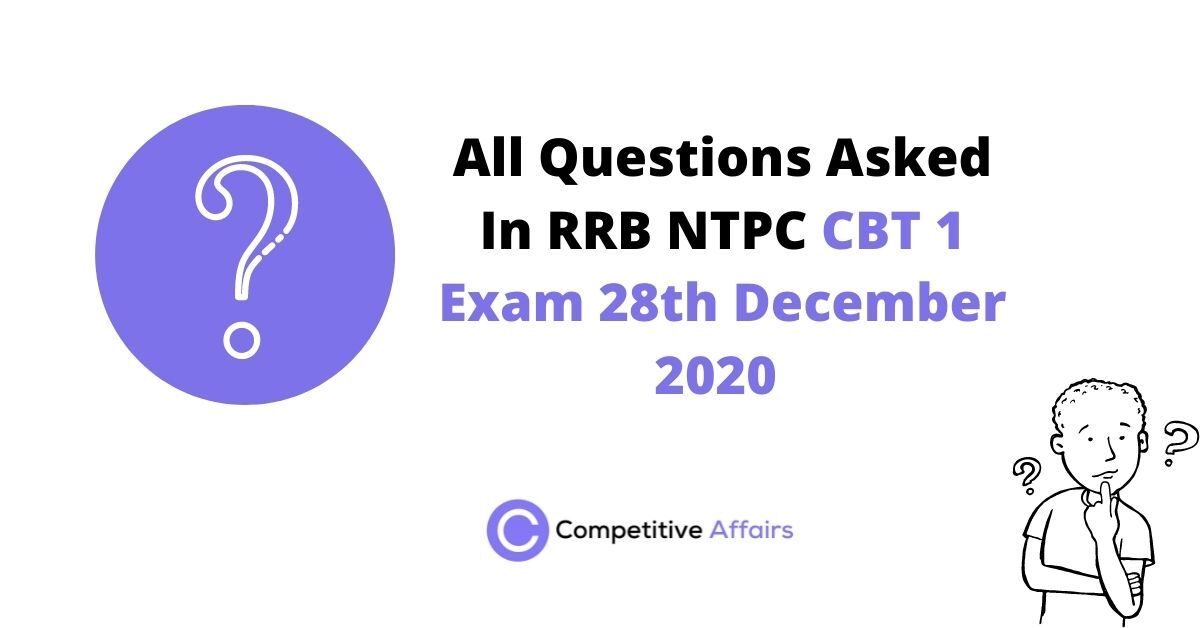 All Questions Asked In RRB NTPC CBT 1 Exam 28th December 2020– The RRB NTPC question paper for the 28 Dec 2020 exam is now available. You can check it for shifts 1 and 2 from this post. RRB NTPC 2020 CBT 1 exam has commenced from 28th December 2020 giving a great opportunity to students in India awaiting the job of their dreams. Competitive Affairs has always believed in helping our students in the best way. In this post, we will provide you the questions asked in today’s shift of the RRB NTPC 2020 CBT 1 Exam.