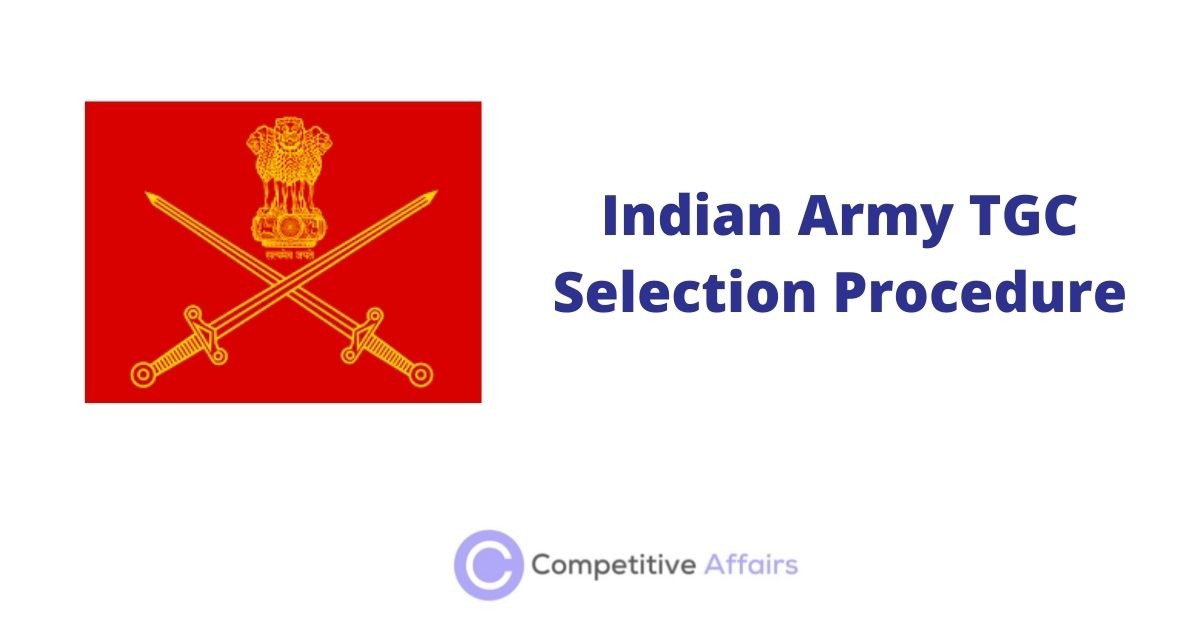 Indian Army invites applications from Male Married/ Unmarried Engineering Graduates from recognized universities including temporary Central/ State Govt. servants, serving personnel of the Regular Army and Territorial Army (including officers of Territorial Army) and serving personnel of Navy and Air Force for grant of permanent commission in the Indian Army for Admission into Technical Graduate Course (TGC) twice in a year. The selection process followed by Indian Army TGC has been detailed below…

1. Shortlisting of Applications and SSB Interviews: Integrated HQ of MoD (Army) reserves the right to shortlist applications and to fix cutoff percentage of marks without assigning any reason. Initial checking of applications will be done at Directorate General Recruiting, Army HQs. Only shortlisted eligible candidates depending on aggregate percentage of marks scored will be called for and assessed under aegis of Selection Centers, namely Allahabad (UP), Bhopal (MP) and Bangalore (Karnataka) by Psychologist, Group Testing Officer and Interviewing Officer. Candidates will not be interviewed locally. Allotment of Selection C entre is at the discretion of Army Headquarters and no requests of changes are entertained in this regard.

3. Merit List: It is to be noted that mere qualifying at the SSB interview does not confirm final selection. A merit list is prepared for every qualification subject separately purely on the basis of marks obtained by the candidates at SSB’s interview and as such higher educational qualifications, previous performances, NCC background etc have no role to play. Those high in the merit list and who come within the stipulated vacancies, and are medically fit are issued joining instruction for pre commissioning training.

5. Medical Examination: Candidate recommended by the Service Selection Board will undergo a medical examination by a Board of Service Medical Officers.

Note: Candidates are advised in their own interest to undergo a preliminary medical checkup for wax in ears, DNS, defective color vision, overweight/under weight, piles, gynaecomastia, tonsillitis and visicocle before reporting for the SSB interview.