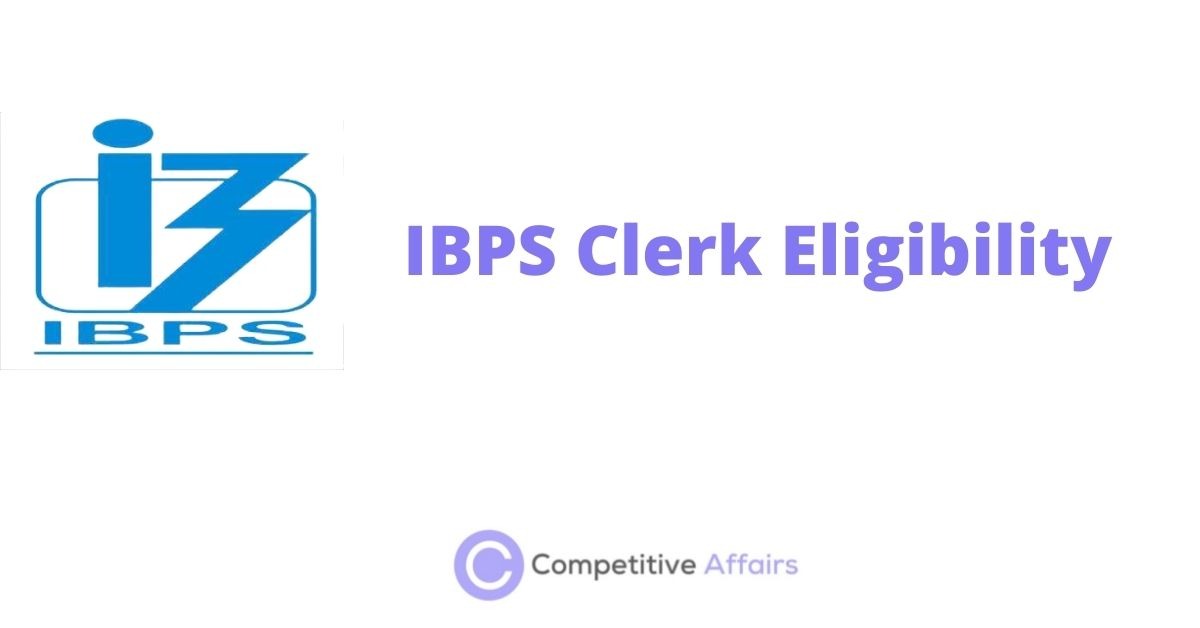 Institute of Banking Personnel Selection (IBPS) conducts Common Written Examination (CWE) for the recruitment of Clerical Cadre vacancies which was approved by public sector banks. The candidates who are attempting the common written exam must have the specified age and necessary educational qualification. The following are the eligibility details…

Nationality/ Citizenship:
A candidate must be either –
(i) a Citizen of India or
(ii) a subject of Nepal or
(iii) a subject of Bhutan or
(iv) a Tibetan Refugee who came over to India before 1st January 1962 with the intention of permanently settling in India or
(v) a person of Indian origin who has migrated from Pakistan, Burma, Sri Lanka, East African countries of Kenya, Uganda, the United Republic of Tanzania (formerly Tanganyika and Zanzibar), Zambia, Malawi, Zaire, Ethiopia and Vietnam with the intention of permanently settling in India, provided that a candidate belonging to categories (ii), (iii), (iv) & (v) above shall be a person in whose favour a certificate of eligibility has been issued by the Government of India.

A Degree (Graduation) in any discipline from a University recognised by the Govt. Of India or any equivalent qualification recognized as such by the Central Government.
The candidate must possess valid Mark-sheet/ Degree Certificate that he/ she is a Graduate on the day he/ she registers and indicate the percentage of marks obtained in Graduation while registering online.
Computer Literacy: Operating and working knowledge in computer systems is mandatory i.e. candidates should have Certificate/ Diploma/ Degree in computer operations/ Language/ should have studied Computer/ Information Technology as one of the subjects in the High School/ College/ Institute.

Ex-servicemen who do not possess the above civil examination qualifications should be matriculate Ex-servicemen who have obtained the Army Special Certificate of Education or corresponding certificate in the Navy or Air Force after having completed not less than 15 years of service in the Armed Forces of the union.

Note: All the educational qualifications mentioned should be from a University/ Institution/ Board recognised by Govt. Of India/ approved by Govt. Regulatory Bodies and the result should have been declared.