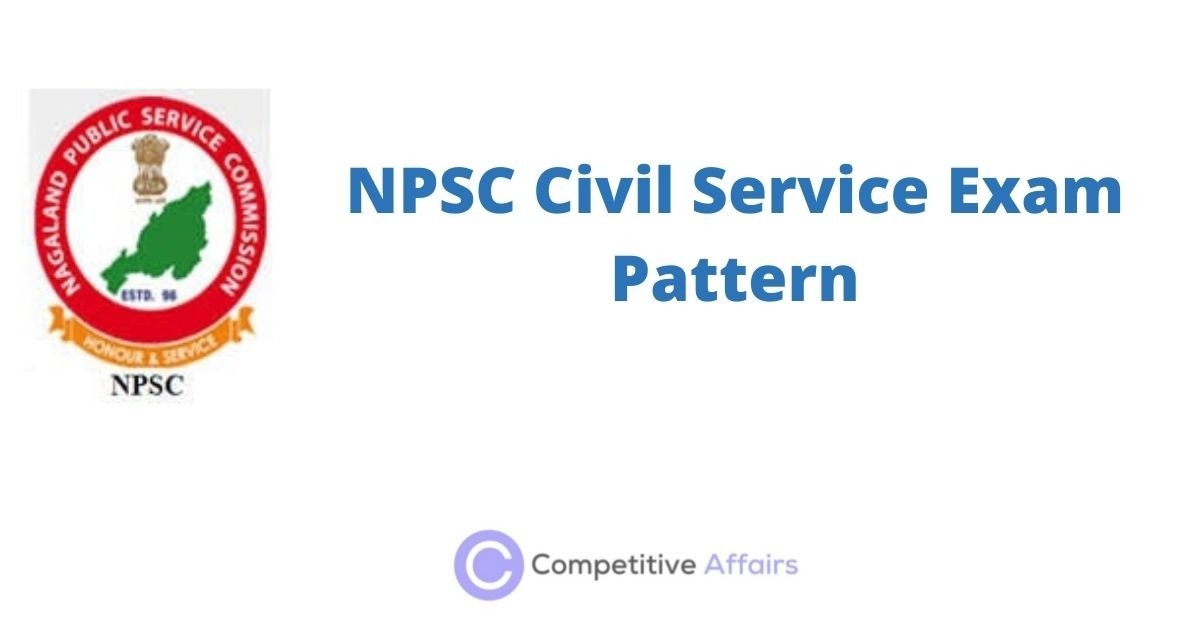 The subjects to be covered will be as follows:

1. General Science: General appreciation and understanding of science, including matters of everyday observation and experience as may be expected of a well-educated person who has not made a special study of any scientific discipline.

2. History: Broad general understanding of the subject in its social, economic, political aspects, social and cultural heritage of India, emphasizing unity in diversity.

3. Nagaland: Social, cultural, and heritage of its people.

4. Geography: Geography of India including the physical, social, economic, geography and on main features of Indian agricultural and natural resources.

6. Indian National Movement: Nature and character of the Nineteenth-century resurgence, growth of nationalism and attainment of independence.

8. Current events: Latest development on all the fields detailed above including science and technology and environmental awareness.

2. General Studies Paper – I (MCQ):
(i) Modern history of India and Indian culture.
(ii) Current events of national and international importance.
(iii) Statistical analysis, graphs and diagrams.
(iv) Basic and everyday science.
(v) Nagaland in all aspects. The modern history of India and Indian culture will cover the broad history of the country from about the middle of the nineteenth century (the advent of European invasion) and would include questions on Gandhi and Nehru. Statistical analysis, graphs and diagrams will include exercises to test the candidate’s ability to draw common-sense conclusions from information presented in the statistical, graphical and diagrammatical form and to point out deficiencies, limitations therein. Questions on basic and everyday science will cover matters of everyday observation and experiences of a modern man. General information on Nagaland will also be asked.

Paper-II will have different segments of questions ranging from 2 (two) marks to 20 (twenty) marks.