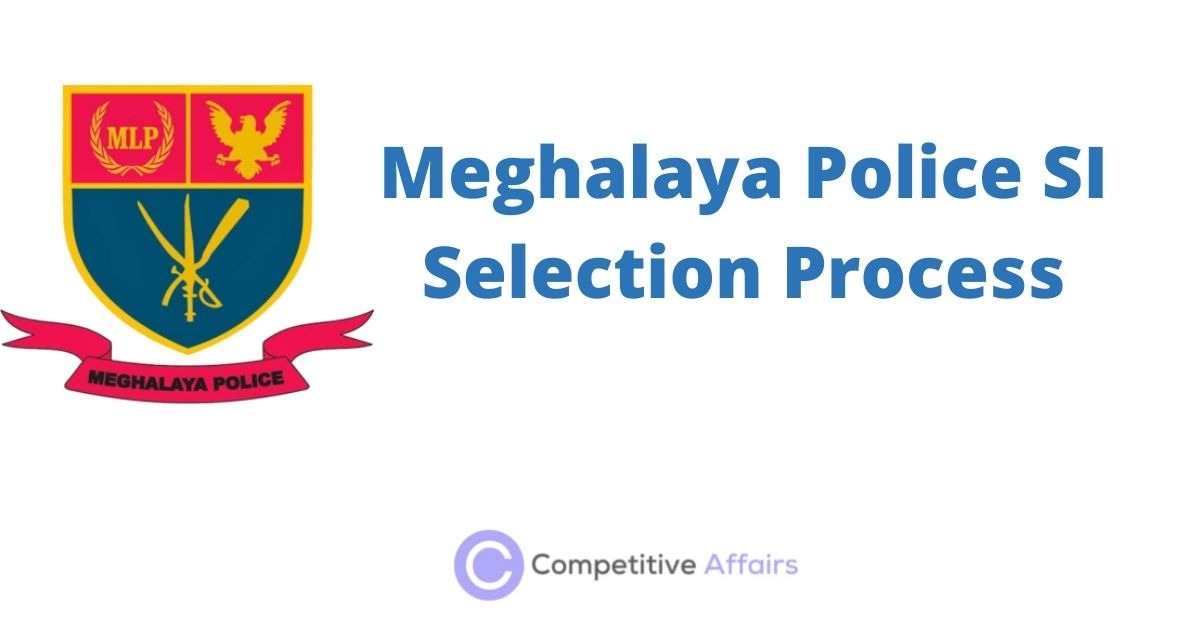 Meghalaya Police Sub Inspector selection process details are given below….

ii. Registration and Authentication of candidates:  After the Physical Measurement Test, the candidates with temporary admit cards will be required to register themselves at the PET registration counters at the venue of recruitment for biometric data such as Candidates’ Finger Prints in respect of each candidate which will be captured by the bio-metric application software.

iv. Physical Tests (Qualifying): The scheme of recruitment tests to the post of ABSI and the maximum marks assigned for each event shall be as follows:

All candidates should clear/ qualify the above minimum standards of the physical tests before they are allowed to appear the written tests.

v. Written Tests: Only those candidates, who qualify in the physical tests, will be allowed to appear in the written examination which consists of three papers. Paper I will contain questions on General English, Paper II will have questions on Elementary mathematics, reasoning and basic science of matriculation standard and Paper III will have questions on General knowledge based mainly on Meghalaya. All question papers will be set on multiple choice basis and OMR pattern.

vi. Personal Interview: The Central Selection Board shall decide the number of candidates to be called for interview based on the total number of vacancies. Personal interview will be conducted for 50 Marks. Candidates who have qualified in the written tests will be required to attend the interviews which will be intimated in due course. No separate intimation regarding interviews will be sent.

Based on the total marks secured by candidates in the written tests and Interviews taken together, the rank list will be finalized and the result will be published accordingly, in the order of merit.